What are the common electronic components? How much do you know?

1. As a worker in the electronic components industry, resistors are well known. There is no doubt about its importance. "Resistors are the most commonly used element in all electronic circuits." Resistance, because the material blocks the current, it is called a resistive material. Resistance causes changes in the electron cycle, and the lower the resistance, the greater the electron cycle, and vice versa. Substances with no or little resistance are called electric conductors. Materials that do not transmit current are called electrical insulators. A resistor is represented by an R number in a circuit. For example, R1 indicates that the resistor is numbered 1. The main functions of resistors in a circuit are shunt, current limiting, voltage divider, bias, etc.

Capacitance refers to the charge storage under a given potential difference; Record for; C, Farad is the international unit (F). In general, electric charges force and move in an electric field. When there is a medium between the conductors, it obstructs the movement of charge, causing charge to accumulate on the conductor; The most common example is two parallel metal plates. It is also commonly known as capacitor.

Crystaldiode semiconductor ends in solid state electronic devices. The main feature of these devices is nonlinear current-voltage characteristics. Since then, with the development of semiconductor materials and technologies, different semiconductor materials, doping distribution and geometry have been used to develop crystal diodes with various structures and different functions. Manufacturing materials include germanium, silicon and compound semiconductors. Crystal diodes can be used for production, control, reception, conversion, amplification of signals and energy conversion. Crystal diodes are commonly used to represent the "D" number in a circuit. For example, D5 represents a diode numbered 5.

A voltage stabilizer diode (also known as zener diode) is a semiconductor device that has a high resistance before the critical reverse breakdown voltage. A regulator diode is often used to represent the "ZD" number in a circuit, for example, ZD5 for regulator tube no. 5.

The electronics used in modern microcomputers 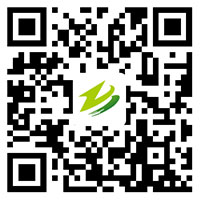